Our residential childcare teams are like one big family, and they have supported many amazing outcomes for the young people in our care.

Here are just a few…

Gemma first came into care when she was 9 years old, accessing both foster care and a children’s home provision.  Following a safeguarding issue within her placement, Gemma moved to Acorns with a view to accessing our therapeutic support.

Gemma had ADHD and regularly demonstrated risk-taking behaviours.  She came to Acorns with criminal convictions for shop lifting, destruction of property, and drug and alcohol misuse in the community.  Gemma had not been in full time education for some time and was known to abscond from both previous homes and schools.

Acorns focused on providing support with her engagement in education, and regular therapeutic support to reduce risk-taking behaviour, drug and alcohol issues, and missing from care incidents.

As with many young people in care, Gemma had attachment problems due to her early life experiences.  She presented with an anxious/avoidant attachment style.

Initially Gemma had some contact with her family members, but due to the complex nature of these relationships it was often sporadic.

Gemma took time to settle at Acorns and was very mistrusting of all adults to begin with.  She had low self-esteem and often exhibited poor impulse control due to her ADHD.

Both verbal and physical aggression was common from Gemma.  She initially struggled with attending school and would be disruptive whilst there to avoid the learning process.

Despite some initial difficulties, Gemma did settle with time and started allowing staff to support her engagement in school.

Acorns helped Gemma to limit her risk taking behaviour by encouraging her to develop more appropriate activities and by setting clear expectations and boundaries.

Unconditional positive regard, a nurturing environment and consistent care aided Gemma with her low self-esteem and emotional difficulties.  Gemma agreed to access therapy with the support of staff, who attended alongside her in particular sessions.  This also supported her development of self-worth, identity and emotional resilience.

Staff supported Gemma with an independence programme to help her to develop and understand the responsibilities of living an independent adult life.

She remained at Acorns to complete her GCSE’s and was accepted into a local college.  Gemma also developed enough emotional resilience to rebuild a relationship with her mother and Gemma ceased her risk-taking behaviours.

Emma arrived at Lyth Hill when she was 10 years old and had experienced significant trauma and a family breakdown.

Emma had insecure attachments with the adults in her life.  She had a diagnosis of Autism (ASD) and had withdrawn from any form of education over a prolonged period.

The care team at Lyth Hill focused on developing Emma’s identity as a starting point for them to begin the foundations of forming positive relationships.  Over the first twelve months, small goals were set and then achieved, with the sole purpose of enhancing Emma’s self-esteem and outlook on the world.

Home tutoring was put in place, and through the resilience of the team and the in-house teacher, Emma began accepting and enjoying the process of learning again.

Six months later Emma was on roll at a local mainstream secondary school and surprised everybody by requesting a full timetable instead of the transition plan proposed.  By remaining available and consistent during these significant hurdles, the team saw Emma flourish and gain in confidence month by month.

Examples of these milestones included attending a salon with a carer to have her hair styled, performing in a school pantomime in front a large audience, and going abroad on a school trip without carers accompanying her.

Emma remained at Lyth Hill for a further twelve months and through the work of the team and her social worker, she felt ready to consider a foster family.

This process was taken at a pace that Emma felt comfortable with.  Throughout this period a number of foster carers were considered, but did not match with Emma’s identified needs.

This message of wanting to find the right carers for Emma reaffirmed that all involved cared for her and were determined to find carers that would meet her needs.

Once a suitable family was matched, Emma successfully transitioned to her new home as a happy and talented young person who possesses the skills required to cope with the difficulties life can present.

Emma’s Social Worker and Independent Reviewing Officer (IRO) rated the placement as ‘outstanding’ and made the following comments:

“Lyth Hill have done an amazing job supporting Emma. They have helped her grow in confidence and have significantly raised her self-esteem.”

“I am very impressed with the way Lyth Hill staff have prepared Emma for her future foster placement and how they have worked with the family and parents.”

Taylor came from a background of neglect and exposure to drug abuse.

Whilst living in foster care, Taylor wasn’t attending school and would regularly go missing, often attempting to climb out of windows late at night to get out.

After living in several foster homes it was decided that she should move to residential care.  At this point Taylor’s behaviours were becoming very risky and some professionals felt a period in a secure unit would have been a better option.

At 10 years old, Taylor arrived at Stamford House and immediately began to thrive.

She wasn’t going missing, wasn’t taking drugs, and wasn’t climbing out of windows!  Taylor lived at Stamford House until she was 17, when she was supported to move into her own flat.  She has since had her first baby and is just about to start driving lessons.  Here is a letter Taylor wrote to the Stamford House team in August 2019;

“This card isn’t only for the staff that worked at Stamford House while I lived there but for all the staff before and after. Without the work you do, children like me wouldn’t have the chance to blossom like I did nor have the opportunities you have given me.

You lead with so much compassion, love and honesty. You make Stamford House a HOME and not just a ‘care home’. People often say to me “Oh bet it was hard growing up in care”, truth be told the second I walked through the doors I felt at home. I felt love, compassion, warmth, kindness, and support which is more than I have ever felt. It’s not the building that makes it home, it’s all you staff.

You are some of the most incredible people I have ever met. I often tell people that coming to Stamford House was the best thing that ever happened to me and I still stick by it to this day.

You have taught me so many things, love, compassion, compromise, self worth, self respect, respect for others, to appreciate everything you’ve got, how to work hard, self-discipline and most importantly how to love!

Family Care are so lucky to have you all working for them. You’re all a credit to yourselves, Family Care and your families.

Thank you for everything you have taught me, helped me with, looking after me, supporting me, making me laugh, John with his stupid Jokes lol, and for all the life skills you have taught me. There has been many tears sheaded, laughs, smiles, a few arguments but it has all be worth every minute of it.

You watched me grow from that little girl with hair down her back with a red little bag to becoming a mum for the first time. You all hold a very special place in my heart and always will.”

Andrew was described as having Autism and severe learning difficulties when he came to live at Links in 2012.

Initially Andrew was unable to communicate effectively.  However, through support and guidance from the Links care team, the Speech Therapy team, the Educational team at his school and from his parents, Andrew has grown to understand simple verbal instructions, responding to requests and questions in an appropriate manner.

When Andrew first came to live at Links he was on an additive free diet, despite there being no medical conditions attached to this diet.

Meals were adapted in order to accommodate Andrew’s needs.  Over time, Andrew trialled school dinners as a way of introducing foods containing additives back into his diet.

In 2013, Andrew was introduced to a completely normal diet due to the success of school dinners and he now continues to eat a healthy and well balanced diet of different foods, some of which contain additives.

During his time at Links, Andrew learnt to walk semi-independently with a member of the staff team.

From being risk assessed as a needing 2:1 support in the community, he was assessed as 1:1 when ‘out and about.’

He began walking alongside staff without the need to be held or restricted (apart from when crossing roads or being out in heavily populated areas).

Andrew now travels both comfortably and confidently on public transport and in taxis, an amazing step forward from when he first arrived.

He grew in confidence when attending medical and dental appointments, and displayed much greater maturity and tolerance than he had shown in these situations prior to living at Links House.

Andrew began enjoying a busy social life outside of school; trampolining on a Monday, football on a Tuesday and swimming every other Friday.

He would regularly visit food and drink establishments and generally coped very well with the distractions of these environments.

Andrew enjoyed many holidays whilst living at the home, including several week-long adventure holidays in the Lake District and on school trips.  His family also felt more confident in their ability to take him on holiday themselves.

Throughout Andrew’s time at Links he maintained positive and meaningful contact with his family, returning home for overnight visits and every other weekend whenever possible.

We watched Andrew mature into a wonderful young man, with great promise and bags of potential for growth and development.

Andrew recently moved to a similar provision locally as an adult.  The staff team at Links have high hopes for Andrew’s future and believe that with consistency, time and patience, he will continue to further develop into adulthood as the young man that we are all so proud of.

Back To The Top
Our Homes
BERRI
Residential Vacancies
Previous
Next

Made with ❤ by KUB Ltd

This website uses cookies to improve your experience while you navigate through the website. Out of these cookies, the cookies that are categorized as necessary are stored on your browser as they are essential for the working of basic functionalities of the website. We also use third-party cookies that help us analyze and understand how you use this website. These cookies will be stored in your browser only with your consent. You also have the option to opt-out of these cookies. But opting out of some of these cookies may have an effect on your browsing experience.
Necessary Always Enabled
Necessary cookies are absolutely essential for the website to function properly. This category only includes cookies that ensures basic functionalities and security features of the website. These cookies do not store any personal information.
Non-necessary
Any cookies that may not be particularly necessary for the website to function and is used specifically to collect user personal data via analytics, ads, other embedded contents are termed as non-necessary cookies. It is mandatory to procure user consent prior to running these cookies on your website.
SAVE & ACCEPT 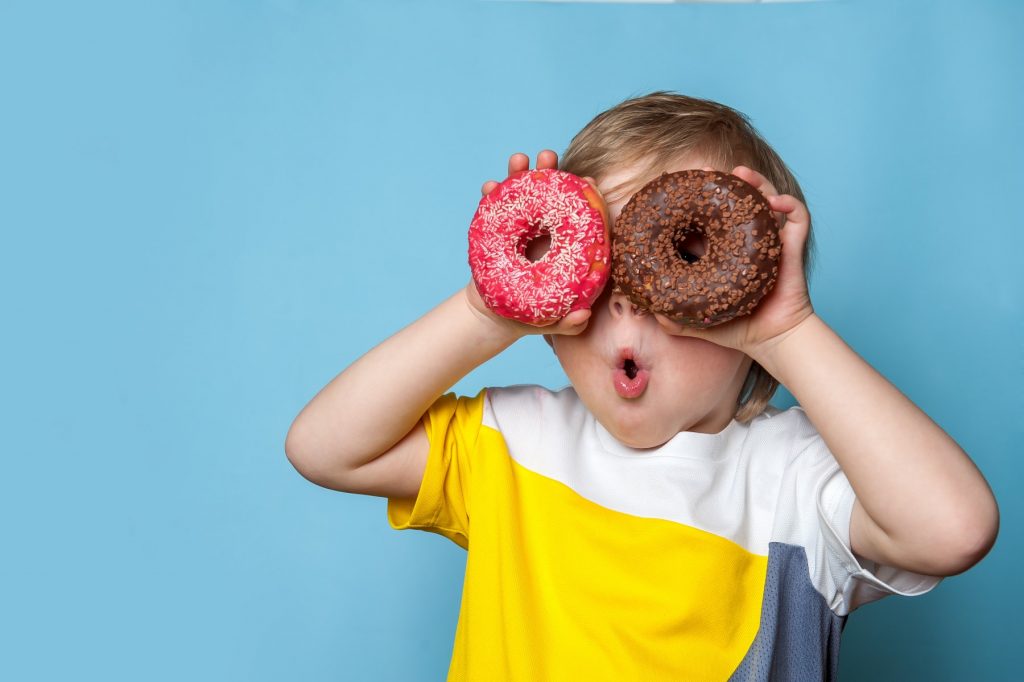 Thanks for your enquiry about fostering with us!

A member of our friendly fostering team will contact you shortly with more information.  Usually this is within 24-hours, but if you would like to speak with us now you can call 0800 5 677 677.